The phrase “to the moon and back” is thrown around a bit, but that is actually how far all of this year’s United Energy Around the Bay participants will be combining to pedal.

That’s right, with almost 10,000 people registered for rides ranging from 20km to 300km, a total of 1,079,660 kilometres will be ridden this Sunday around Port Phillip Bay.

To put that into perspective – sort of – that equates to:

All taking place between sun-up and sun-down this Sunday. 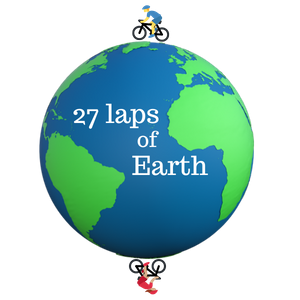 But the amazing stats don’t stop there!

To make this event happen, the event team at Bicycle Network will require: There are also 450 amazing volunteers who are critical to the success of this event – a record number for Around the Bay.

Be sure to say thanks when you see them out on the road, at rest stops and when you hand you your medal at the finish line.

Sound like fun? It's not too late to get involved!

Grab a ticket by Sunday 29 May to save and score a bonus event jersey!