The final week of the Tour began with some answers, but many more questions. Geraint Thomas (Sky) led the race thanks to dual stage wins in the Alps, and held an advantage of 1:39 over teammate Chris Froome, but team leadership was still up in the air. Behind the Sky duo, a hungry posse of GC rivals were waiting for their moment to make an impression on the race. With some tough and dramatic days of racing, it would prove a thrilling conclusion to the 2018 Tour. Here’s how it unfolded:

The Tour’s first excursion into the Pyrenees made global headlines thanks to a roadside protest getting out of hand and riders being affected by tear gas. There was more conventional drama on the roads, too. A large breakaway group established; from this group, former World Champion and prolific one-day race winner Philippe Gilbert struck out alone, but overshot a corner on the penultimate descent of the day and tumbled into a ravine, breaking his kneecap. An attack by Adam Yates on the last climb of the day drew out Gilbert’s teammate Julian Alaphilippe in pursuit. When Yates crashed on the descent to the line, Alaphilippe swept past to take a second stage win of the Tour.

At just 65km in length and with more than 3,000m in elevation gain over three massive climbs, stage 17 was a must-watch. Despite the brave efforts of the riders in the early breakaway, order was restored on the finishing Col du Portet. Nairo Quintana (Movistar) found redemption after a lacklustre couple of years at the Tour, soloing to the stage win. In the group of favourites behind him, Chris Froome faltered, dropping from second to third overall with Tom Dumoulin (Sunweb) the beneficiary. Geraint Thomas was unflappable in his defence of the yellow jersey.

A moment of respite in the midst of a punishing stretch in the Pyrenees, stage 18 always seemed destined to be one for the sprinters. With a wounded Peter Sagan and most of the other top sprinters eliminated by time-cuts in the mountain stages, the stage victor was difficult to predict. Ultimately, it would be the French sprinter Arnaud Démare (Groupama-FDJ) who’d be best of the bunch.

The final mountain stage of the 2018 Tour, stage 19 took the peloton up many of the Pyrenees’ most iconic peaks, including the Col du Tourmalet and the Col d’Aubisque. Following that final summit was a fast 20km descent to the finish line in the valley below – and without any sizeable gaps having opened on the climbs, it was this descent that would prove decisive. Primoz Roglic made a daring drop to the line, nudging Chris Froome out of third overall and claiming an impressive stage win.

On the Tour’s penultimate stage, the riders faced a challenging 31km time trial through the French Basque Country. For the GC contenders, it was one last opportunity to make an impression – to strengthen their standing, or elevate their position – before the race finished in Paris. Having produced a stunning ride on stage 19 to move into third overall, Primoz Roglic was the big loser on the day, dropping back to fourth as a result of a great ride from Chris Froome. The stage winner, by a single second over Froome, was an elated Tom Dumoulin. Geraint Thomas, meanwhile, defended his lead in yellow and confirmed his arrival as a Grand Tour winner.

After 21 stages and over 3,000km, the Tour closed in its customary fashion – with the spotlight of the world’s media on it, in a sprint along Paris’ most famous boulevard, before an enormous crowd in the shadow of the Arc de Triomphe. Yves Lampaert (QuickStep Floors) struck out with a late attack but was overhauled by the peloton with 300m to go. Alexander Kristoff (UAE-Team Emirates) took out the honours, ahead of John Degenkolb, with Geraint Thomas safely finishing in the bunch behind to claim his debut grand tour victory. 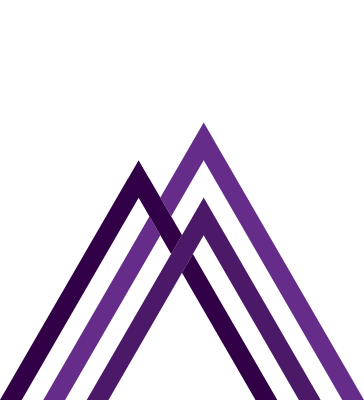 At the end of the Tour, Geraint Thomas won the yellow jersey by 1:51 over Tom Dumoulin, with Chris Froome rounding out the podium at 2:24. Peter Sagan produced a gutsy ride to battle through injuries sustained in a crash on stage 17, winning the green jersey for a record-equalling sixth time. Julian Alaphilippe was a deserving winner in the KOM classification, courtesy of his aggressive riding throughout the race.

Have you been inspired by this year's Tour de France? Do you think you have what it takes to conquer an equivalent stage of the world-renowned cycling race? To celebrate the conclusion of this year’s event we are giving you the special chance to grab an entry to our 10 year anniversary Peaks Challenge Falls Creek 2019!

If that's not your cup of tea, our signature Melbourne event United Energy Around the Bay on Sunday 7 October is the perfect taster, with 10 ride options on offer, from 20km – 300km!