Some slick work by Victoria Police has resulted in a Werribee man being charged over a number of oil spills on a Melbourne bike path last year.

The 23-year-old has been charged with conduct endangering persons, intentionally/recklessly cause injury and intentionally cause serious injury.

A number of riders crashed when they rode over the seemingly deliberate oil spills, with some receiving injuries.

Bicycle Network CEO Craig Richards praised the work of Victoria Police and said it serves a good warning to people with such silly ideas.

“It’s great to see police take this issue seriously and know that they are doing their bit to look after bike riders,” said Mr Richards.

“This sends a strong message to these unhinged people who think they can put bike riders in danger. It’s unacceptable and you will get caught.”

Police are continuing the investigation and are asking anyone with information to contact Crime Stoppers on 1800 333 000 or at www.crimestoppersvic.com.au.

Bicycle Network encourages members and bike riders to do so if they do have information. When the oil spills were happening around 12 months ago many riders contacted Victoria Police and Bicycle Network, which no doubt helped the case. 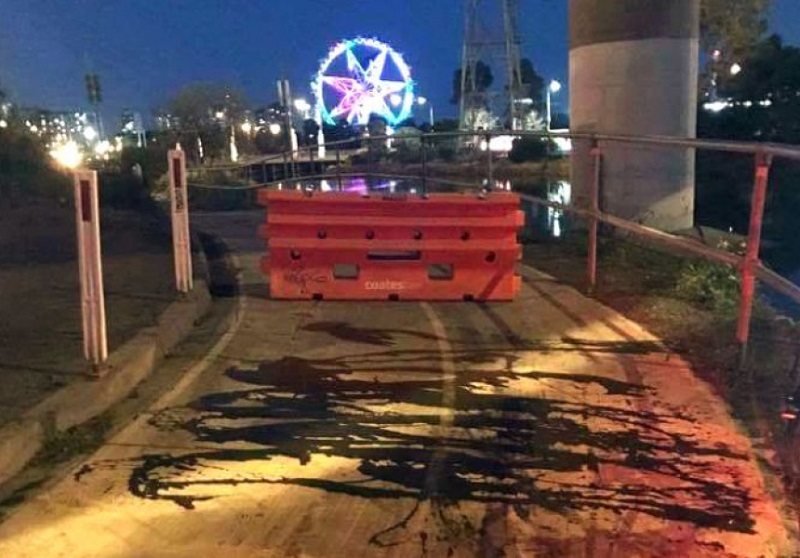