It was a great opportunity for members to get to know the wider Bicycle Network team, ask questions and learn a bit more about the organisation.

Bicycle Network would like to thank Zena for her time and dedication in serving the organisation as President and on our Board.

We’d also like to congratulate James Garriock and Prita Jobling-Baker who were announced as the successful candidates from the Bicycle Network Board election. Thanks to all members who voted. 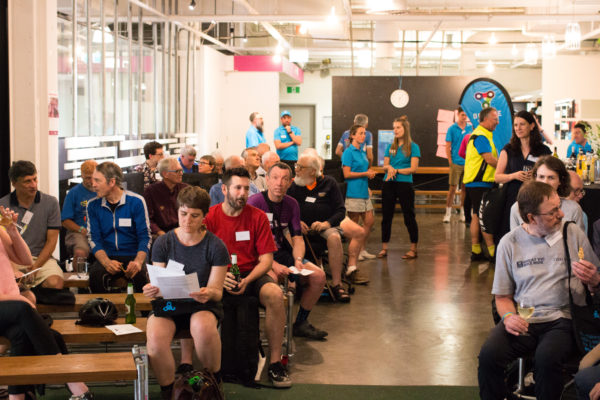 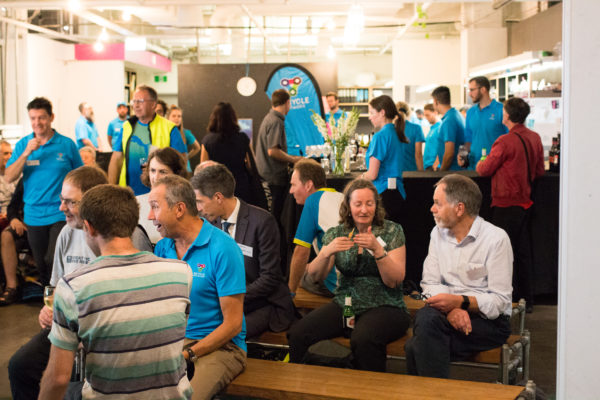 Back to About us

Both the 2017 AGM minutes were accepted as a true and correct record and the financial statements were received.

Gillian Hatch and Jo Curtin were announced as successful candidates in their election to the Bicycle Network Board.

Bicycle Network congratulates both Jo and Gillian on their election.

Back to About us

Bicycle Network’s Annual General Meeting is held in October and is open to members, friends and the general public.

The Annual General Meeting is a great way to find out more about Bicycle Network and what we do as an organisation.

This year’s Annual General Meeting will be held at 6pm, Monday 23 October 2017. The Board ensures that Bicycle Network is equipped to respond to the changing circumstances in the external and internal environments in order to achieve our mission to ‘promote the health of the community through the prevention and control of disease by “More People Cycling More Often”’.

The Board is the ultimate authority in Bicycle Network and each member of the Board is responsible for Bicycle Network’s controls. These responsibilities are substantial and include law, regulations and internal controls as well as organisational liability and risk management.

Learn about our achievements, successes and journey towards a nation of bike riders over the last few years. Our 2017 Annual Review is now available, as well as those from 2016, 2015 and 2014. 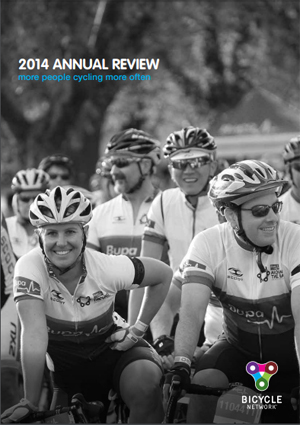 Our constitution, charter and corporate governance statement outlines how we’re set up and how we run.